Water Research Simulation in Unreal and Maya - Summary and Conclusions

diciembre 21, 2019
On this entry I'll try to summarize my experience with different water simulations techniques to date. Note that this is the result of a student's research only so please put big quotes on everything I'm saying. The techniques researched can be divided into two sections depending on the subject: -         Simulation of the water planes, for “static” waters. -         Simulation of “dynamic” water, for water splash effects. Also they can be divided depending on the technology: -         Maya -         Unreal Engine The most relevant techniques for the Animation Project were: -         Unreal Engine’s Starter Pack Water materials, for water planes. -         Maya’s Bifrost simulation combined with Mesh conversion and Alembic Cache export, that is imported as Geometry Cache in Unreal, for the water splash. The summary of techniques researched are as follows: Name Type Technology Comments Maya Ocean S
Publicar un comentario
Leer más
diciembre 11, 2019 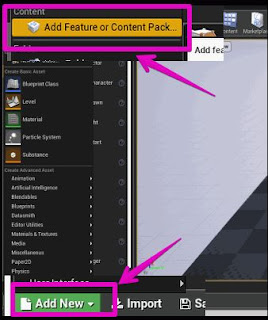 Water Planes in Unreal Engine with Starter Pack Materials INTRO For the Water plane, in the end I decided to disregard the previous research works done in Maya Maya (Octoplug, Ocean Shader, etc.) And decided to use the water materials included on the Unreal Engine (4.22/4.23 at least). The default materials look really good for water effect and have very nice waves effects. They however need a bit of tweaking, as their blueprints under the scenes have certain "hardcoded" values that make them only usable under certain dimensions without losing some of their look. So it would be great to convert those hardcoded values into parameters that we can tweak to adapt to our needs. On this entry, I'm going to explain how I used the Standard materials for my scene on the project. Even though initially looks like drag and drop, it is not exactly like that and may require some tweaking if you want to make it look nice. SETUP: ADD FEATURE OR CONTENT PACK  Include the
Publicar un comentario
Leer más 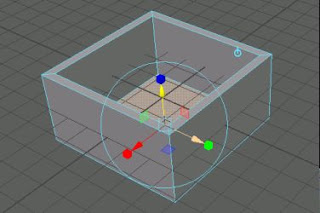 ALEMBIC CACHE INTRO Today I'll show the complete workflow for simulating the splash of water in Maya using Bifrost and then importing it into Unreal Engine. On the last episode our hero was left in a sea of doubts, wondering if he'd have to abandon the idea of simulating the water in Bifrost and start a singing career instead. Well, either that or finding a new approach for the water simulation. Actually I researched a few options to do the water splash simulation in Maya and found a few some interesting options. The most promising and similar in approach to Bifrost (use of particles) looked like NVIDIA Flex. I however didn't follow that path. I leave some links on the bottom if you want to explore it. Doing a short recap, I was stuck on how to export the simulation done in Bifrost to Unreal. The solution came from an option in the Bifrost Fluid simulation to convert the simulation into a mesh and using an export called Allembic Mesh. Thanks Michael Connolly for
Publicar un comentario
Leer más
Más entradas